I promised to write about today’s ride and I would not be labelled unreliable so here it is. Although I was one of the few Bromleyites on today’s outing I did find it quite difficult to follow the geography of this ride. I hasten to add this is an observation about my shameful lack of knowledge of my borough rather than a criticism of the ride leading team who had put together a very nice ride indeed. So a sincere thank you to Trevor and Andrew. 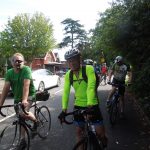 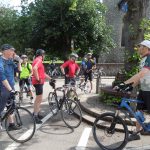 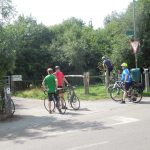 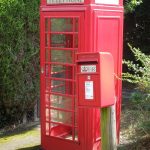 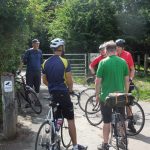 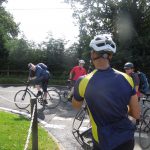 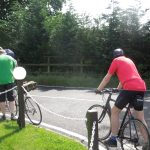 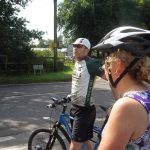 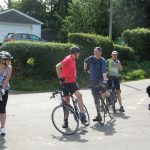 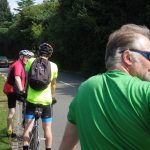 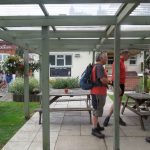 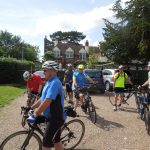 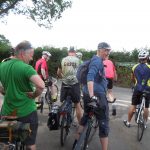 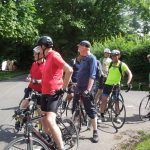 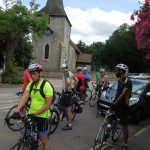 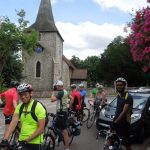 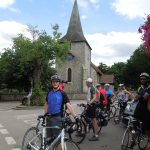 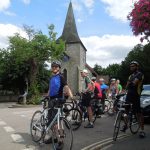 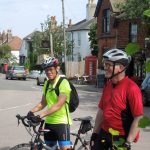 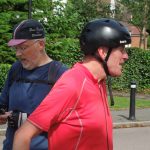 We were a dozen at Bromley South, and just one woman rider today which I have to comment is a little unusual. We often have as many women as men on our rides and as regular readers will know I have in the past led a ride when I was the only man (by the end of that ride I had been declared an honorary woman and renamed Joanna!). Bearing in mind that Jane led her cafes’ ride today I think 12 riders was a pretty respectable attendance.

We set off southwards towards Hayes and Trevor set a very nice pace which everyone was able to match comfortably. We somehow cut around by the Warren Police Sports Club and then dropped down Hartsfield Crescent to Gates Green Road which led uphill to Keston. The last bit of uphill being Church Lane which readers will know to be very steep. At Downe we stopped for a breather. There was no sign of Mr Farage today, and of course he is not in the news at present as all eyes turn towards the Labour Party and their quest to elect a new leader. (Enough politics – back to cycling) from Downe we followed Luxted Road to Berry’s Green, here some riders chose the narrow path which cuts out the rather hairy right turn up Berry’s Green Road which leads us to the Sampan.

This is pretty much uphill all the way from Bromley South so we had worked hard to get here and were rewarded with a more level section of the ride and even a little bit of downhill.

The Cock Inn at Halstead looked very inviting on our arrival and a decision was made that we should abandon the initial idea of stopping for lunch at the Blacksmith’s Arms. The Cock was quiet, we were served quickly and the food served was very good. As we sat chatting in the warm sunshine a group of wedding guests began to gather and they all looked lovely in their best clothing. Good luck to the happy couple whoever you are.

We took about 45 minutes for lunch before Trevor led off again, recovering our earlier route we returned to Knockhalt where we took Pound Lane, Washney’s Lane and Cackets Lane to Cudham. Past the Blacksmiths Arms we turned down Church Hill which always feels like you are going over the edge of a cliff. This becomes Cudham Road and has a very nasty uphill section leading towards Christmas Tree Farm.

We reached Downe again; (there was still no sign of Mr Farage) we pressed on to Holbrook Farm where some riders made purchases in the farm shop. And so back Bromley South via Hayes.

No Trevor/Andrew ride would be complete without a debriefing in the garden of the Shortlands Tavern and so for the second time today we sat in a pub garden enjoying each other’s company, talking about the Dunwich Dynamo, discussing the viability of a ride to Cambridge and just generally enjoying the joie de vivre of being a cyclist.

Well done Trevor and Andrew for a great ride and thanks to all lovely riders who were great company.