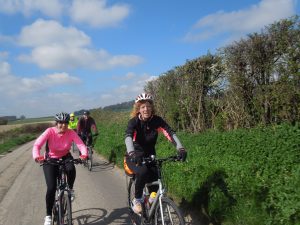 The Hog is a hill to be avoided at all costs. It is not a hill of course but a cliff. A cliff of such demonic proportions that only Beelzebub himself could have been the architect of this monstrosity, and there is little doubt that as Satan sat in the depths of hell creating Hogtrough Hill he was thinking about the cycling community of Bromley. There was a disturbance in hell today when it was realised that a certain team of riders had defeated the Hog with never a pedal stroke. How was such a feat achieved I hear you mutter. If you wish to find out then you will have wait for next year’s B2B Training Ride No.4 and make sure you join ride leader John to find out.

Apart from defeating the Hog there were some other really nice features of today’s ride. For a start I had been joined by 13 very committed to cyclists who gave there all and were rewarded with a feeling of smug satisfaction at a job well done as they cycled back into Hayes at the end of the ride. The weather was wonderful, there were one or two high clouds but mostly we rode under a warming spring sunshine lifting the lush spring colours right out of the page.

The hedges still mainly in bud were thronged with flocks of finches squabbling and chirruping over nesting sites and materials. There were huge clumps of anemones in the grassy banks. We even saw bluebells almost certainly 3 weeks too early – global warming. The apple trees were clouded with white blossom and on occasion there was the soft pink of a cherry tree in flower.

This was a thirty mile ride and in all truth had there been time I would have been tempted to go around a second time. If there was just one down side to today then it was the standard of driving which seemed particularly poor. I try never to mention driving in my reports but I personally had five near misses today; three were scary and one heart stopping. I don’t believe any were deliberate as such; just people in a hurry and lacking the driving skills to pass a large group of cyclists on a country lane or rural road. But hey I survived and tomorrow I shall back on the bike adding more miles to my annual total. 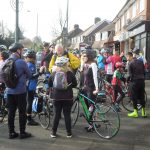 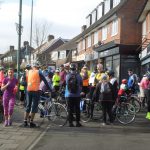 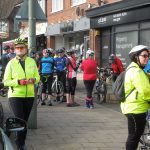 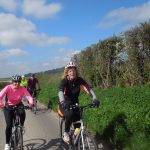 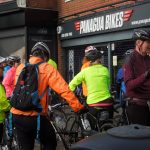 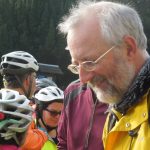 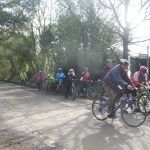 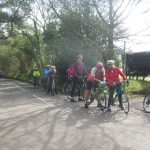 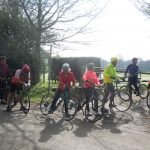 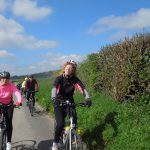 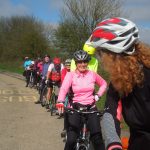 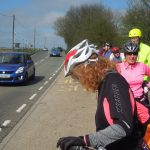 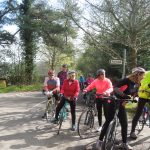 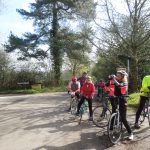 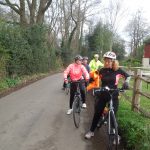 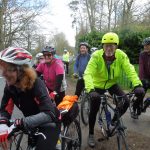 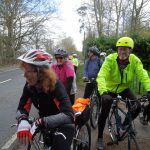 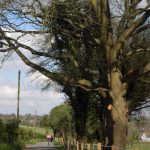 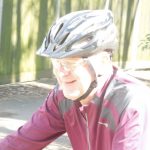 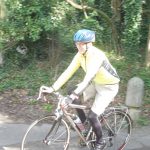 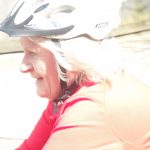 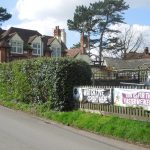 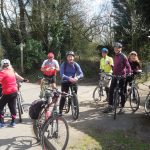