A report by Graham

From the 1st to the 3rd September, six cyclist who regularly ride with Bromley Cyclist, successfully completed the challenging coast to coast (c2c) ride from Whitehaven in Cumbria to Tynemouth. 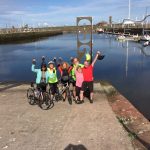 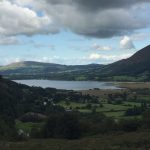 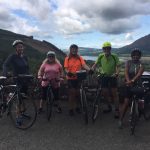 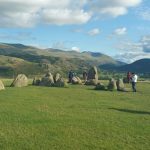 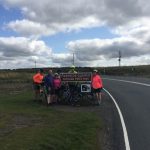 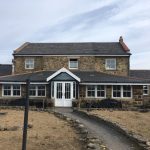 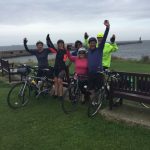 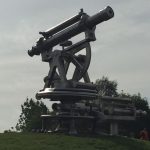 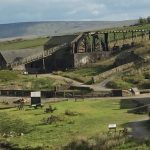 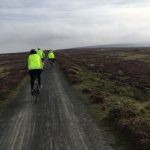 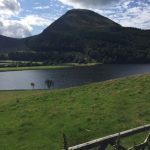 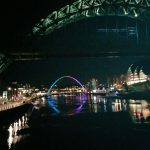 We all met up at our hotel on the Thursday night in Newcastle and the next morning, bright and early, our transport equipped with special bike trailer, arrived to transport us to our starting point at Whitehaven. On arrival we had the statutory picture taken by the c2c sign on the slipway. Provision purchased from a local shop, we set off, rather later than anticipated at 1130. We had 51 miles to go to our overnight stop in Penrith and we were cycling through the Lake District!

The c2c route was set up by the Sustrans some years ago and the route incorporates disused railway lines, byways, cycle paths, quiet country lanes, and some A and B roads. Of course there is some of the most beautiful scenery this part of England has to offer.

After 10 miles at Kirkland we came to Ennerdale Water and our first good view of the Lake District Mountains. At 27 miles we arrived at Braithwaite after coming through the Whinlatter Pass, that was a great ride on any day. Pressing on we reached Keswick, which suffered from those terrible floods in 2016, time for a quick photo then off again through country lanes to Penrith arriving at 2030! Time for a quick shower then down to the local Indian restaurant for a hearty meal and several bottles of Cobra beer, well we deserved it.

The next morning, after a good breakfast, we set off for the toughest part of the ride. 43 miles may not seem much but we had a great deal of climbing to do, (imagine quite a few Hogstrough Hills but longer!) It was a steady climb out of Penrith along quiet country lanes, stopping to view the standing stone circle at Longmeg. At Renwick we had to join the A686 which is the highest road across the Northern Pennines, in fact the only road in these parts! It was a long climb with many hairpin bends and it was comforting to at last see the Hartside Café on its summit. The AA have described this stretch of road one of the ten best drives in the world, you can agree with the spectacular views. Unfortunately, the area is blighted by motor bikes and a few fast cars trying to complete this section of road in record time. The local constabulary has erected signs of a motor bike at speed with the caption “Too Good to Die For” Many have not completed the journey, as their memorials and obituaries are evident on the wall of the café. We had our lunch here and following another photo shoot, set off on a glorious ride down the Wear valley to Stanhope passing the Killhope Lead Mining Museum. At Stanhope, it was the last big climb up to Parkhead Station and our stop over for the night. 99 miles completed. This place is a cyclist’s haven as it is on a summit and is reached in both directions on the c2c.

After another good breakfast, we prepared ourselves for the final day of cycling, nearly all downhill towards the Tyne. We became a bit suspicious when the owner of Parkhead started to light the log burner in the breakfast room as up to then it had been glorious weather. It turned out it was only 7degrees outside! Should have packed the thermals. So off we set across the moor on another disused railway line down the Waskerley Way, then following the River Derwent all the way to the River Tyne. At this point it got a bit confusing as we should have been on the other side of the River! But the map shows cycle paths on each side and in the end we enlisted the help of a local cyclist who showed us the correct route down the Gateshead side of the river. We crossed the Tyne by the old swing bridge and cycled down the quayside to the Cycle Hub which is dedicated to cyclists and home of Saddle Skedaddle, the tour operator whom we booked with. After a lunch stop here we had our final hour and a half cycle to complete to reach Tynemouth.

It is worth mentioning that very little happens on this great river any more. All the ship yards have gone and we past many derelict sights on our route. A great shame all that tradition is lost

We arrived at Tynemouth at 1545,136.5 mile scompleted, 15 minutes before our transport was due to take us back to our hotel. One last photo shoot, well one of many there as we had completed the ride! (many thanks to Kevin, Smitta and Barbara for taking some great pictures) Back at the hotel we had a goodbye drink with two members of our party who were travelling home by train with their bikes. The remaining four of us had a meal together then retired to bed for a good night’s sleep before the journey home in the morning.

For the record, there were no punctures, just some minor adjustment to brakes and gears and the first aid kit was not needed. Anybody who is fit, cycles regularly should be able to complete this ride. Put it on your to do list before you become too old! and take 4 to 5 days for the ride. This was not possible in our case.

We all owe a debt of gratitude to John, Tracy, Adam, Spencer and Ann in the case of Barbara, who made this ride achievable by getting us all interested in cycling. Thank you!