Setting off from Norman Park there were five of us in very misty conditions. It was cold, but dry and the wind though keen was not excessive. 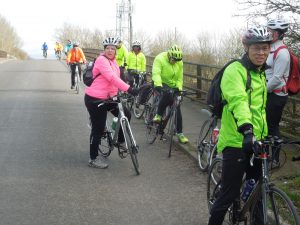 At Orpington about half an hour later there was no-one. In particular I was hoping that Tracey would be with us as I had sent her the route to upload onto her gizmo. It’s rather a long while since I have ridden this route, so my memory was a bit rusty plus I haven’t done it that often before so I really needed Tracey and her Garmin.

We were early though; it was still only quarter to ten and after a shortish wait other riders began to arrive including Tracey who kindly agreed to navigate. I have long felt that the arrangement of ride leader and lantern rouge is questionable and that an arrangement of Ride Leader, Ride Navigator and Lantern Rouge would be a better set up. I have on previous occasions used this format and found it works well. In this way the ride leader can devote him/herself to the welfare of the riders and the navigator has no need to worry about how the riders are coping with the route.

Gary B and Joe W kindly agreed to be my Lantern Rouge today. This is an onerous responsibility on some occasions particularly if there is a weaker rider in the pack who may need special attention through not being able to match the pace or through being nervous of road conditions. Fortunately all the riders today were very experienced so I think Joe and Gary were able to relax a little and enjoy the ride.

It was ten past ten when I led 12 riders away from Orpington Station towards Tower Road where we immediately encountered a Boys Brigade Band leading a parade along the road, I think they must have come out of the Baptist Church on the junction. We thought the band was excellent and the tinkling chimes of the Lyre Xylophone rang clear back down the road. We probably could have overtaken but they were approaching the junction with Sevenoaks Road and it was most likely we would have caused disruption so we were happy enough to follow at their pace. They were pretty good too, I recognised the tune they were playing though, philistine that I am, I couldn’t tell you what it was, but it was a good, light springtime tune. And when they reached the junction they conveniently turned left whilst we went straight over.

I see whilst I have been out on this ride today a cyclist has come up on ‘Cyclescape’ calling for a cycle track along Sevenoaks Road. I wholeheartedly agree there is a dire need for such an improvement, this is a ghastly piece of road for a cyclist. In fact it would have been my most direct route for today’s ride but I deliberately avoided it because it is so nasty. Help, however, may be on the horizon, just as recently as last week the Borough Coordinator had a meeting to discuss this very topic. Who knows what might come out of that meeting. Watch this space for further news, I hope to get an update tomorrow.

At Halstead we had our only mishap of the day when a rider was unable to unclip in time to avoid a fall into a load of damp mud. Fortunately there were no serious injuries and we were soon on our way again.

Old Polhill was remarkably clear of debris except for the tunnel under the M25 which was so bad that we had to cycle on the pavement. I have submitted a Fix my Street Report about this.

In the car parking area in the lee of the motorway we regrouped in the warm sunshine just thinking how fortunate we are to have this lovely countryside within cycling distance.

From here it’s pretty much downhill all the way to Dunton Green and our first stop for tea at the Sevenoaks Wildlife Centre. We sat outside soaking up the rays and enjoying a well-earned cuppa. Some riders had some cake, and why not they had worked hard.

I checked my phone and found a text message: a rider – Alison -had missed us at the start and was trying to play catch-up. I sent her our location and we waited a while, but having heard nothing more, we pressed on. This was where Tracey’s navigation was a real benefit as we were able to zig-zag a parallel route to the A25 and so avoid that dreadful piece of road to get to Seal where we turned northwards towards the ominous might of the North Downs Ridge. Today’s route was up Cotmans Ash. This is a brute of a hill, but many riders dug deep and pedalled all the way up. For those that pushed there is no stigma, this is one of the Kent mega-hills formed over millions of years as the ridge of the North Downs, road-side signage informed us it was 14% anything much over this is presumably unnavigable by vehicle (except a cable car I suppose).

The reward for Cotman’s Ash is the ride down the Knatt’s Valley and who was awaiting us at the head of the Valley – none other than Alison who had finally caught us up. Very Well done to Alison.

The wind in the Valley was icy and I think we were all frozen by the time we reached the Lion Hotel at Farningham. Once again the hotel was not able to cater for us. Were advised that there was an hour wait for a table and only then could we place an order for a meal. This is the second or third time this place has fallen short, we are thinking that cyclists are not welcome. Some of the team headed round the corner to The Chequers and whilst they did not get a meal they were at least provided with something.

For those who weren’t cold on arrival in Farningham they certainly were three quarters of an hour later when we set off for the final leg back to Orpington where we arrived in great spirits.

For many this was one of the first rides of the season and it was very enjoyable too. Finally a few words about the team. Great Riders who all got stuck in and made leading an absolute delight. We welcomed Ian and Paul on their first ride with us, we sincerely hope we will see you both again. 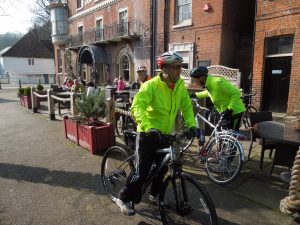 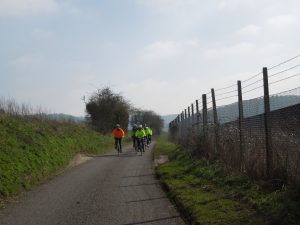 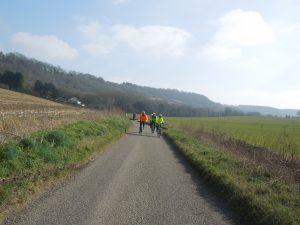 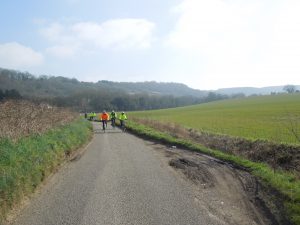 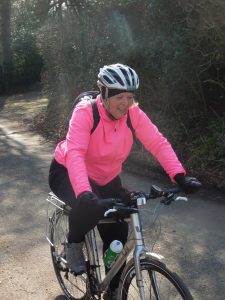 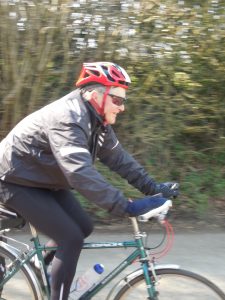 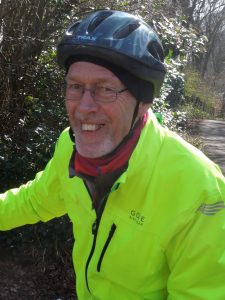 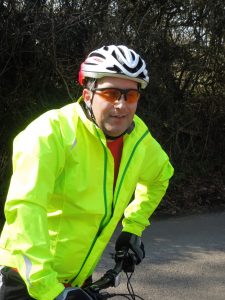 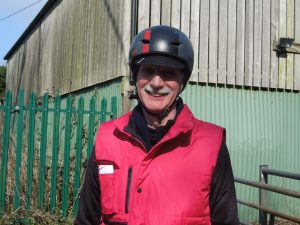 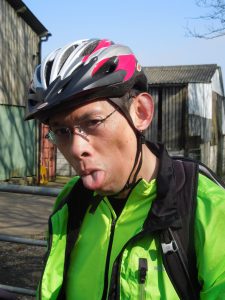 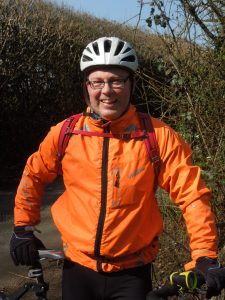 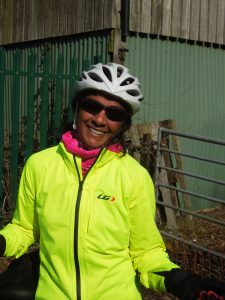 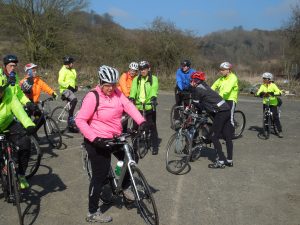 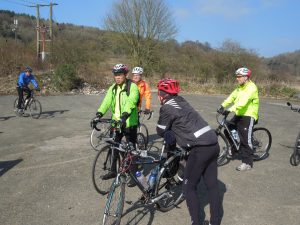 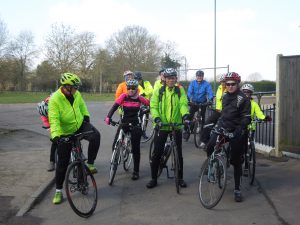 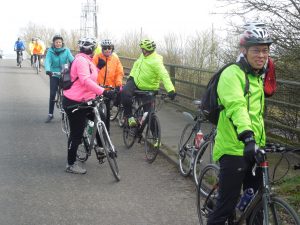 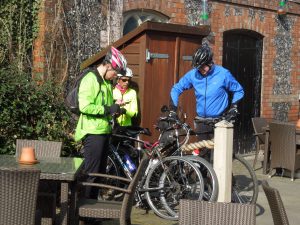