It Will Work Here 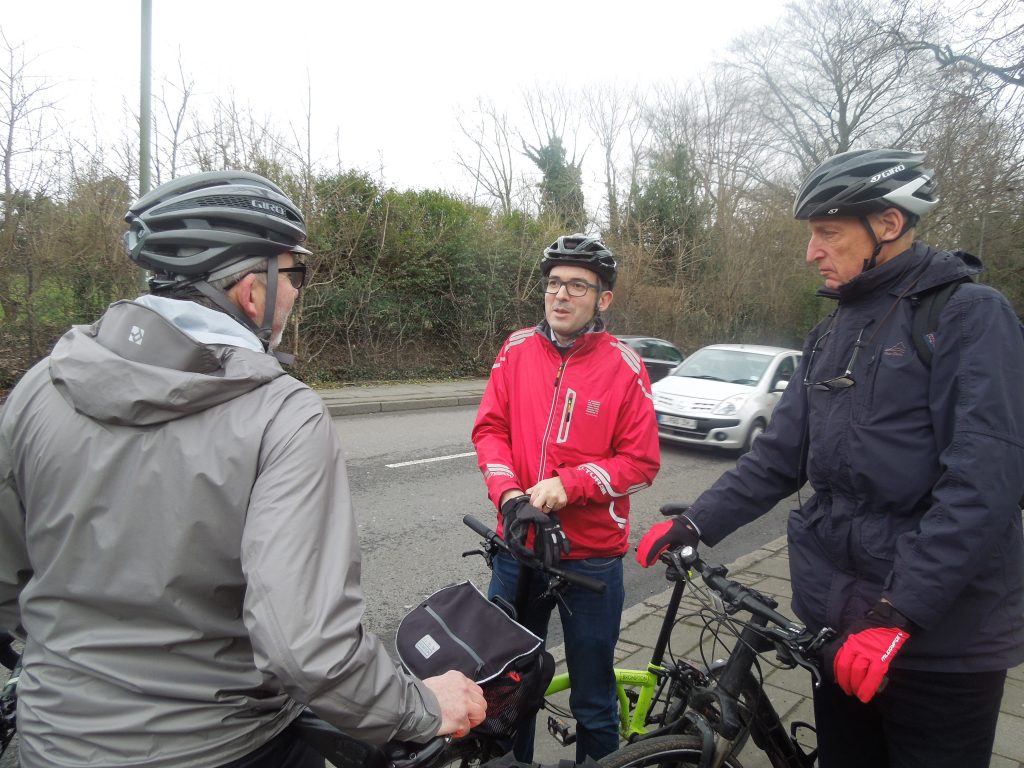 On Monday 5 March Bromley Cyclists were pleased show the Mayor of London’s Walking and Cycling Commissioner around the borough. Borough Coordinator John Wood accompanied by members, Jonathan Coulter, Richard Gibbons and James Rowe (who was also representing Beadon Rd residents), met with Dr Will Norman and took him for a bike ride to show him the potential for increasing the cycling mode share in Bromley.

Although not particularly familiar with the borough Dr Norman showed a good grasp of the issues he was shown and affirmed that the problems were not insurmountable. The ride included Bromley South, Westmoreland Road and Masons Hill including the horrendous right turn onto the A21. He was able to see the site of the recently rejected SHaW academy at Bromley South and the hopeless cycle lane on the pavement alongside the A21.

A bit further on we visited St Hughes playing field at Bickley where there remain hopes that the much contested Bullers Wood School for Boys will be built. It should be mentioned that we cycled a mixture of roads including A21 (TLRN) and A222 – ranked #25th and #24th most dangerous roads in the country – LCN22 and LCN75. We passed three railway stations (transport hubs) and six schools to highlight potential for cycle-to-rail and cycle-to school within 1.5 miles of Bromley South.

On returning to the town centre the team thanked Dr Norman for giving his valuable time to make the visit. He responded that outer London Boroughs had the greatest potential for increasing numbers of people walking and cycling, particularly on the shorter trips and the Liveable Neighbourhoods Programme was the financial resource available to Councillors to make it happen. He went on to say that Bromley Cyclists should continue to encourage the council to develop and submit high quality winning plans to attract the resources available and that he would be pleased to support a suitable bid.