There was a very short and light rain shower as we stopped at the café for our lunch break but apart from that, in spite of the threatening leaden grey of the sky, Tracey somehow managed to keep us dry for the whole day. Thank you Tracey – much appreciated. 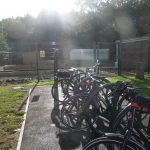 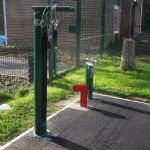 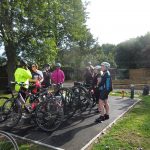 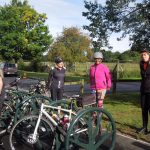 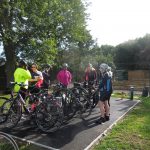 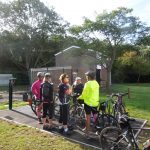 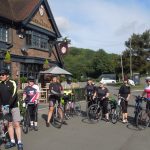 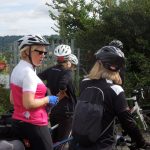 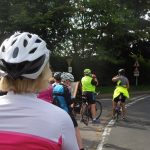 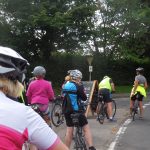 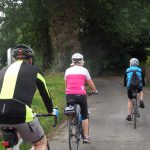 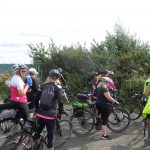 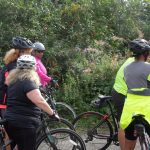 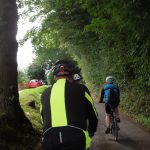 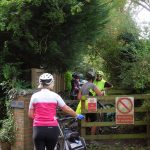 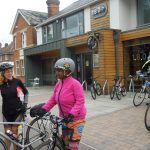 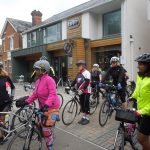 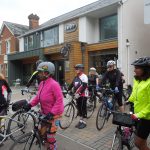 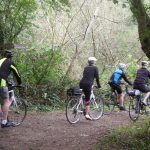 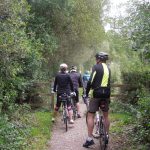 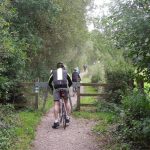 It is unfortunate that having largely slept through geography at school my grasp of meteorology is not particularly strong. What is even more unfortunate is that members of the modern day, well paid, weather forecasting service seem to share my lack of understanding. It is regrettable that the Scottish presenter on the BBC breakfast show, who her fellow presenters seem to treat as minor deity, spends more of her time describing, incorrectly, yesterday’s weather than making accurate predictions of what to expect in the following hours let alone the following day or days. And when it does come cheerily burbling out it is so vague and bland that it is nearly useless. I have sat having breakfast listening to a colourful prediction of the dry day ahead as the rain streams down my double glazing. Of course this can always be glossed over as the ‘odd isolated shower’ which phrase is dropped into every forecast to cover the multitude of errors and miscalculations.

How long ago was the last time we heard that another £X million super-computer had been purchased to improve the performance of these hopeless crystal-ball gazers?

At Norman Park I found myself as the lone man amongst a group of eight as we gathered in the warm morning sunshine, and please don’t misunderstand I am not complaining. We were pleased to welcome Brenda on her first ride with us. Brenda wanted to surprise her skiing friends who were also doing a ride to the café but as theirs was to be a heads down pacey affair Brenda had decided to join our more sedate outing and hopefully bump into them at lunchtime.

We made our way via the quieter route to Green Street Green and found Tracey and Gary; soon after we were joined by Roz and Sarah and so we set off as a round dozen; and at least I had one male for company. Thanks Gary and it was good to see you after a lengthy absence.

By the time we reached Polhill the bright sun had become hazy and by Otford the aforementioned cloud cover had rolled in; low, heavy and threatening. But the forecast high wind had not materialised.

At Dunton Green we turned onto our pathway which takes us round the far side of the lakes at the RSPB Reserve. There may have been a sign about ‘No Cycling’ but it wasn’t very clear! This is a very handy cut through to the A25 which by-passes some rather unpleasant and fast moving motor traffic. At the A25 it’s a short wriggle to cross and get onto the quieter residential roads towards Seal and the Wildernesse.

This is a hilly part of the ride but not too strenuous, it’s really just a matter of selecting a low gear and keeping the pedals just turning over. It’s not a race and there is no hurry.

As I pedalled I found myself contemplating the address I have to give at the Group Meeting on Tuesday. One of the subjects I will be covering is the lack of women’s representation in cycling. The irony was not lost on me as doubtless it isn’t on you.

At Godden Green we reached the summit of the long climb and began the descent of Carters Hill  on the southern side – what a monster this is. Coming up the hill were dozens of riders taking part in something called the ‘Kent Circuit’ they looked absolutely kn… very tired. Going down the hill was obviously less exhausting but was still pretty testing; it is a beast of hill.

Our arrival at the Kelly Holmes Café (I cannot imagine that we will ever refer to it by its proper name – 1809; Dame Kelly’s Team Number) was marked by the sort of greeting that Kelly would have expected as she entered the Olympic Stadium to compete. There were whoops of welcome as the skiing crowd all sat at the table in the rear of the restaurant spotted their errant member arriving.

We settled at various tables as we were too many to fit on one and enjoyed the fare. The place was very busy and there was a healthy buzz of conversation. We were joined by Linda and her daughter who had driven down to meet us as she was unable to join the ride; so yet another nice surprise.

As I sat looking through the window I could not help but think how autumnal it looked. There was a group of horse chestnut trees in the field opposite that were almost completely brown and their falling leaves were swirling in the breeze as they fell. I was an autumn baby – yes I know it’s hard to believe but I didn’t just materialise at the age of 60 – so I’ve always liked the autumn months if nothing else it least there was always my birthday to cheer me up. But nowadays with advent of the colder shorter days and the winter weather I’m becoming more of a summer person. Not that we see much summer in this country; certainly not in this July and August.

After lunch we hauled ourselves back onto our bicycles much regretting our earlier gluttony. We now pushed ourselves onwards towards the homeward train journey from Tonbridge.

This part of the ride takes us down to the village green at Leigh where the cricket square looked like it had been well used in our non-summer. From here we picked up the paths alongside the Medway flood plain and Barden Lakes. The paths were hard-core gravel and bumpy but it is scenic place and we progressed sedately enjoying the views though the cloud cover was so heavy now we could barely see under the tree canopy.

And so we arrived at Tonbridge in time for the 1608 to Orpington, Bromley South and home.

A wonderful ride; our thanks to Tracey for her skilful an unerring leadership. And men, if you are out there, you would be welcome to come and give me some support on a future ride!