Parties’ response to our pre-electoral ‘asks’ 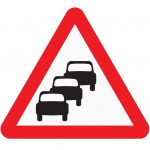 We posted this statement on 6 March, requesting candidates to commit to the following principles and measures:

So far we have received the following responses:

Mr McIlveen says he is very supportive of active travel, given huge benefits for health and the environment, but has some reservations about the Mayor’s transport strategy though not re cycling or walking issues.

Mr Tickner says he is a keen cyclist, and wants to see cycle routes and parking improved across the Borough together with helpful signposting.  He also has a reservation about the Mayor’s transport strategy which he says is “stopping road surfacing in favour of further bus fare subsidies.

Ms Baldwin says she does not own a car choosing to walk or cycle as an alternative she completely supports our stance. She says that more needs to be done to promote active travel and quotes two West Country cycle ways as examples of things that can be done to encourage cycling.

Emmett Jenner, the UKIP candidate for Biggin Hill, says he is an active cyclist and has sent a lengthy response.  He is in generally favourable to more spending on cycling, strongly supports better cycle parking at stations and thinks the Council should consider charging points for e-bikes.  However he is generally opposed to our other ‘asks’.