London to Brighton with the Veteran Cars 2016

This ride cannot truly be called a Bromley Cyclists ride but it is a ride that LCC groups have done for years and in recent years Bromley Cyclists have been prominent in promoting the ride. 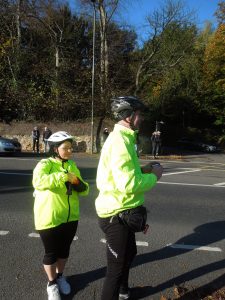 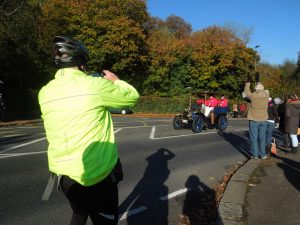 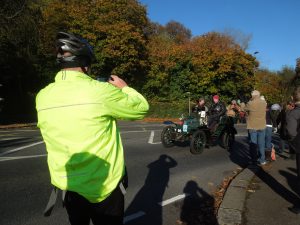 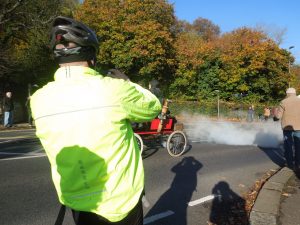 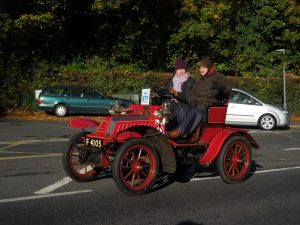 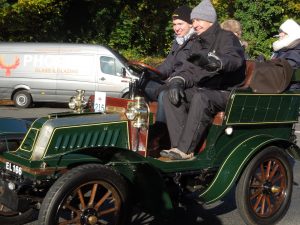 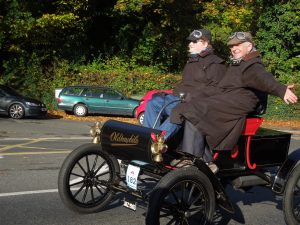 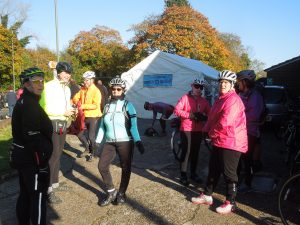 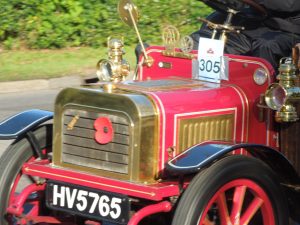 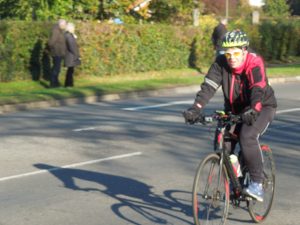 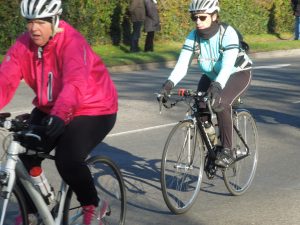 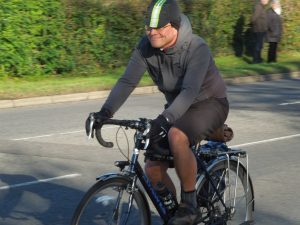 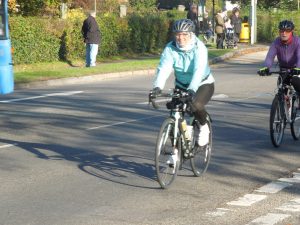 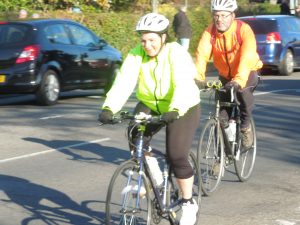 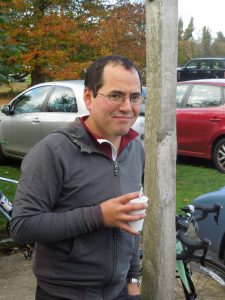 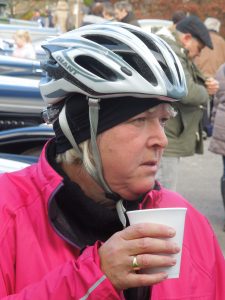 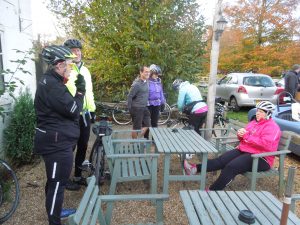 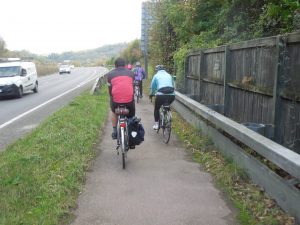 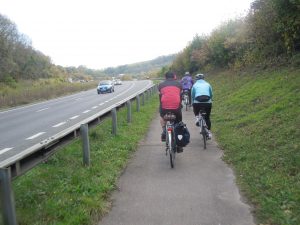 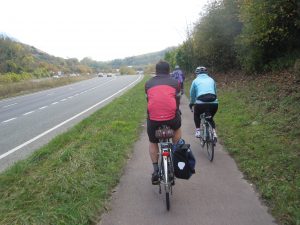 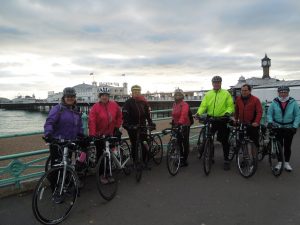 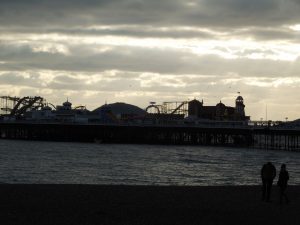 For domestic reasons I could not commit to leading a ride with the cars this year. I was always hopeful I might be able to go, but because of the uncertainty it seemed better not to publish details and then have to cancel. Most cyclists know how to join the outing so it seemed better to let the ride develop organically, and it did. It was more encouraging that this year there seemed to be more cyclists on the route than I have seen for many a year.

In the event I was able to join and what a pleasure to ride to Brighton with a few friends. The weather forecast was less than promising – clouds developing into rain later. ‘Oh good’ I thought ‘it will probably be a nice day.’ So it was thought and so it was in fact. Under a bright azure sky we joined the old cars at Croydon, but it was cold; freezing. Now I’m generally pretty good at dressing for the weather but I definitely got it wrong today. Three thin layers on top and a pair of highly questionable cycling tights was not sufficient for today’s elements. When I arrived home somewhat damp as the weather had finally caught up with the forecast, it was a real joy to find a roaring log fire in the grate where I was able thaw myself for an hour before risking chilblains in the shower.

Whether the cold was the factor that lent lightening to my heels or maybe it was the joy of being on my bike after the uncertainty I don’t suppose I shall ever know, but having set off at 8 am from Bromley we arrived at Brighton Pier at 1.45 pm. That included two stops; the Scout Hut just south of Redhill for our traditional bacon sarnie and a cup of tea at the Victory Inn at Staplefield. This to be compared with rides in recent years when we have arrived at dusk.

The cars looked resplendent in today’s sunshine, the love and care spent on restoring and maintaining these lovely old jalopies does homage to those who designed and built them over a century ago. It’s not as if one can just go and buy the parts off the shelf. In many cases the only way to get a spare part is to engineer it yourself from scratch. It was a privilege to cycle alongside these wheezing relics of a bygone quieter era when men were men and a cup of tea cost 2d (tuppence for the younger readers). We stood by the finish line for a while after lunch listening to the commentator interviewing the crews as they reached the winners enclosure; a very clipped British accent was interspersed with entrants from Europe, the USA and even Australia. It was a very international affair.

We spotted a couple of the BBC media buses, one driven by Steve Bruce from Radio 2 and the other by Alex Jones from the One Show. Personally I’d never heard of either of them but their presence seemed to cause a stir. They didn’t seem very interested in us! Chris Evans was apparently also in attendance but I don’t think we saw him. It would be an oversite not to mention the hundreds of other classic cars that didn’t qualify for entry but either lined the route or travelled the course. These cars also represent thousands of hours of loving care to keep them road worthy and preserve them against the day when they too will be able to enter the event.

Finally a couple of us are currently equipped with pollution monitoring tags which monitors the CO2 levels in the atmosphere the information is sent via a smartphone to researchers who are compiling data about the damage humanity is wreaking on the planet. Because on the drain on the phone battery I didn’t use the monitor today but from the stench of the fumes I imagine the records would have shot off the scale; can’t have done my lungs much good either!