It is reported that the Eskimos have up to fifty different words to describe snow. Whether or not this is urban legend or based in some truth is, as is often the case, open to debate. There is a report here in the Washington Post which is definitely supportive of the argument; I don’t suppose it would take much more research to find an opposing view. However I have never heard that the Bedouin had fifty words for sunshine, and it is certainly the case that here in the UK, with our weather so dominated by the wet stuff, we do not have more than a few more words to describe rain (shower, storm, sleet, hail, drizzle and not that many more). This would seem to me to be a fairly serious omission in the lexicon for our climate in which we, as a race of people, are so obsessed. It is also quite surprising when one considers the richness of the English language. 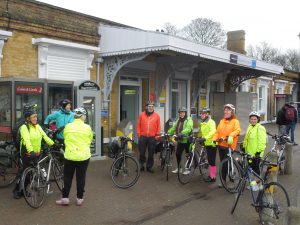 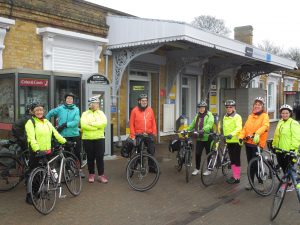 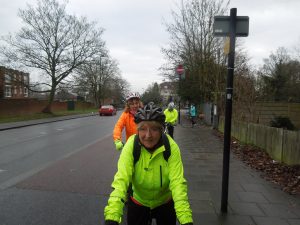 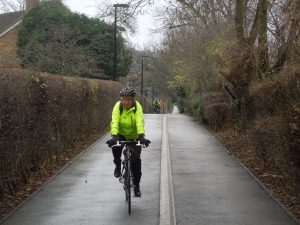 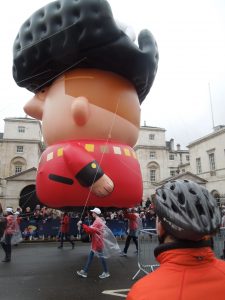 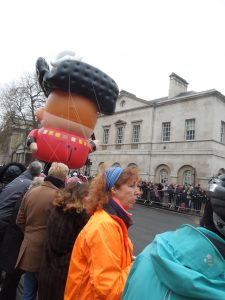 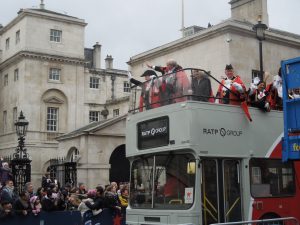 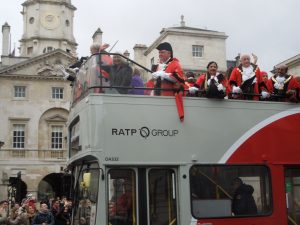 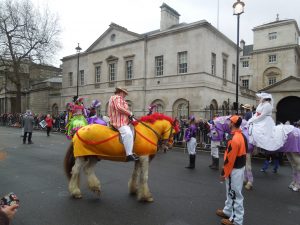 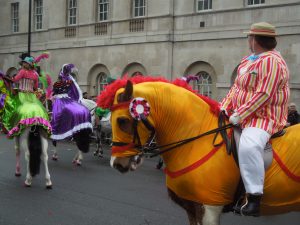 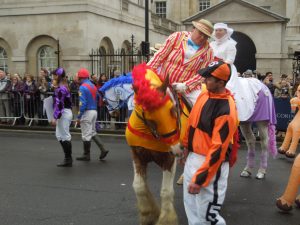 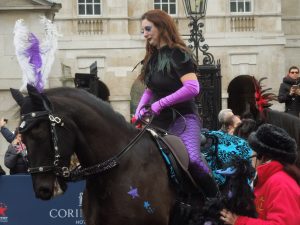 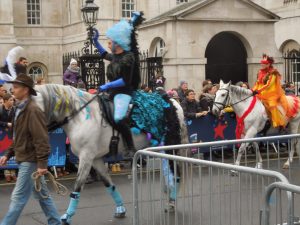 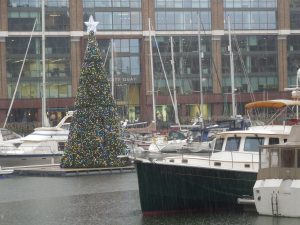 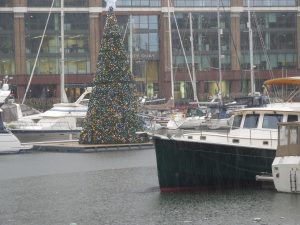 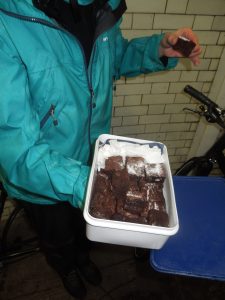 Anyway it wasn’t raining, showering, storming or drizzling when we gathered at Beckenham Junction for our ride. But the forecast was not very promising. I had carefully monitored the weather websites (in which I place little faith) for several days prior to the ride which had consistently predicted rain for either all or most of the day. However for the time being it was bright, though overcast, and quite mild.

Several riders had made contact to report that, overcome by Christmas and New Year’s Eve excess, they had opted for their beds rather than taking the opportunity to develop their cycling credentials with Bromley Cyclists; their loss I suggest. So there were just ten riders for today’s outing, a very nice number to lead and very nice group of cyclists too. Once again as is so often the case with Bromley’s rides the men were seriously outnumbered by the women at a rate of 5:1. One rider’s theory is that the women can get out for bike rides because their husbands are so pleased with the chance for a bit of peace and quiet indoors. Whilst the men can’t get out for bike rides because wives have other domestic duties for them to perform – I think a survey may be necessary. I further think that this may be a bit politically incorrect but I can’t quite put my finger on the reason why. Doubtless someone with a bit too much time on their hands will be in touch to advise me of my erroneous ways and my need of reconstruction.

There is more than one quiet cycle route from Bromley Borough to London. Of course we are greatly spoilt by the convenience of the Waterlink Way. In some ways however this convenience of access discourages us from exploring a little further. Few of today’s riders had even heard of the Southwark Spine, a notional route linking the South of their borough to the North South Super-Highway. Whether this route will ever come to fruition is a matter for conjecture. It was along one of the proposed alignments that our ride to London would follow today.

This however meant that our first hurdle was to get to the start point – Farquhar Road off Crystal Palace Parade. Most of you will have immediately spotted that there is considerable difference in elevation between Beckenham Junction and Crystal Palace. Ouch! I was not Mr Popular. Most of the ascent was by way of Crystal Palace Park, where we called Happy New Year to dog walkers, joggers and other cyclists. Reaching the summit we made our way to Farquhar to commence the descent to Dulwich and onwards. The only other climb on this route is Champion Hill.

We reached Whitehall at ten to twelve and secured some prime viewing points by using our bikes to ‘own’ our space on the barriers immediately opposite the entrance to Horseguards Parade – prime position really. Lunch was a haphazard affair. Some of the sensible riders had brought their own, others found the same café which we used last year. Personally I succumbed to the pull of the rather convenient Golden Arches and knocked a few more minutes off my life with a McDonald’s Filet Meal. The coffee wasn’t too bad!

The parade started to come through at about 12.30 led by a busload of Mayors representing the London Boroughs. I could not see Cllr Ian Payne for Bromley but I may have missed him. There followed the usual displays of marching bands accompanied by troupes of cheerleaders who looked frozen. There were horse and pony entries and lorries representing various charities. There is a general feel of America to this event and I have to say it doesn’t quite do it for me. But the crowds cheered and waved and tried to attract the attention of their friends who were taking part.

At 1.30 it was time to move on, by now the clouds looked really threatening and we took the precaution on donning our waterproofs, and not a moment too soon. As we drew up the final zips and patted down the Velcro fastenings the rain arrived. Not really heavy but just persistent and soaking. Wet rain (I know of no other) but it soon worked its way into every seam and fault in our clothing.

We followed the East/West Superhighway to Tower Bridge by which time we were sodden. There was a cold wind whipping up too. To the east of St Katherine’s Dock it was sometimes difficult to see where the path ended and the River Thames began and here a sort of organic decision seemed to permeate the ride that we should head south with all haste. The cable car idea was abandoned in favour of the more direct Greenwich Foot Tunnel. The ride had become rather stretched by now and it was now the P fairy struck. More than half the riders had already made it into the tunnel. Four of us remained in the shelter of the tunnel entrance resolving the puncture problem with cold wet fingers, by now quite tired and working in poor light. It took a while. We were never entirely convinced we had located the offending breach of the tyre. We did find a morsel of sharp flint lying loose on the tyre surface but could not see the hole it must have made. The bright side of this was that Alison had made us some of her wonderful chocolate brownies and with these we were fortified for the task in hand.

With a tube inserted and the tyre reflated the four of us crossed to the south where we found two more riders shivering with cold and really looking rather miserable, the remainder had abandoned the ride and made their ways home under their own steam. We immediately retired to the nearby Old Naval College and refreshed ourselves with hot teas and coffees and more brownies. We were warmed and spirits rose. Three riders decided that enough was enough and headed for the DLR. Another rider decided that he would take a more direct route to Orpington via Eltham and so it was I led just one rider back to Bromley, and even she bailed out at Penge and so it was I arrived at the start point alone.

For all the trials and tribulations I have to say this was a wonderful day out in great company. The wet rain made for a challenge; a challenge that was met head on with courage and resolve. I hope to see all my riders on another ride very soon.