I rather like this ride. It’s a route that I designed myself and I hope you will forgive my conceit but I feel it works rather well. It’s perhaps just a little longer than ideal and I have yet to find a really nice route from the Olympic Park to the cable car, but when all is measured it’s a nice easy urban / suburban ride on which you could take your grandmother. 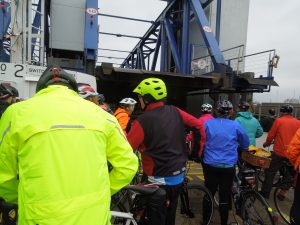 My day did not start terribly well when I succeeded in locking myself out of my house. I shall not describe here the method of re-entry which took me less than 10 minutes from the point of thinking ‘Oh b\/663r what do I do now?’ (my bike lock key was also on the key-ring) to my recovery of my keys, unlocking the bike and setting off to join the ride. What I will say is that Billy the Burglar would have been proud of me and if anyone reading this thinks they need a lesson in housebreaking then look no further!

So I arrived at Bromley South a little later than intended but still in plenty of time to greet most of today’s riders. I handed out some Sign for Cycling flyers and leaflets whilst waiting for the late arrivals. At 10 o’clock there were 16 of us and under a not very promising grey sky I gave my pre-ride briefing to a team who were eager to get going. I knew most of the riders by sight and many by name so I was confident I was in good company, and so this proved to be. Riders looked out for and helped each other along the way.

And so without further ado we set off soon after 1000 hrs. Our first objective was to reach Avery Hill Park by 1030 hrs to rendezvous with Allison who we had arranged to meet on route. For a smaller ride this would probably have been pretty straightforward, but with this many riders it was challenging. The ride needed more than one phase at most sets of traffic signals to get the whole ride through, not because of slow riders but simply because of our numbers. Bob G, ever reliable, kindly agreed to be my back marker, so most of keeping the ride intact fell to Bob with his usual considerate, thoughtful and tactful good humour.

At the top of New Street Hill we crossed the narrow bridge over the railway and entered the Borough of Lewisham. The narrow path leading to the top of Marvels Lane is overgrown, degraded to little more than a muddy track and foul with dog droppings. This is a path in need of some TLC.

Having crossed the A20 in several phases at Mottingham we made our way through Fairy Park. From here we could see across the manicured greens and fairways of the Royal Blackheath Golf Club to the imposing looking club house at the top of the hill. I understand that a rather nice afternoon tea can be enjoyed here, and it’s open to the public. A future bike ride perhaps?

We were a little late meeting Allison, patiently awaiting us at the top of the rather pleasingly named Butterfly Lane. We had only restarted a few moments when we suffered our first puncture of the day which was dealt with efficiently and we were delayed no more than ten minutes and so we reached Falcon Wood where we met with Tracey; so now we were a ride of eighteen and for a suburban ride that’s big.

There was a long queue of cars waiting to turn into Welling High Street. We carefully rode down the offside of the line and positioned ourselves at the head of the queue. I guess this is one way that cyclist annoy motorists, it must seem so unfair that the humble bicycle can dominate even the mightiest of motor vehicles in this way.

We decided if the visitor centre at Lesnes Abbey was open we would stop for a coffee break. Unfortunately though work on the building appearing above the hoardings appears quite advanced it was still a works in progress so we kept going into Thamesmead.

There is little to commend about Thamesmead, an appalling 1960 social engineering disaster; but one thing they did do alright was the cycling infrastructure. Any housing authority with a bean of sense will have Thamesmead on its list of things to deal with – massive task though it is. So I do recommend, before they ‘deal with it’, if you have not yet cycled in Thamesmead you should give it a try, it’s really is good.

We took a short comfort break at ‘The Link’ project under the Eastern Way by the South Mere Lake. We had already decided that we would not bother to have a coffee here, which proved just as well as we found, since our last visit, the cafeteria has closed. Just another sad sign of the general malaise which pervades this unloved barnacle on the rump of South East London.

We headed west on the Thames path and made the Woolwich Ferry just as the boat arrived. Waved on board we made our way to front ensuring we were first off on the northern shore.

Once over the bridge at the eastern end of the City Airport we found our way along a series of rather scruffy but well aligned cycle paths to the end of the Greenway and then followed this rather smelly but very direct route almost to Stratford. The western end was closed so we had a short diversion to bring us out onto the A11 and so into the Olympic Park, which four years on from the games it was built for, still seems very awkward to access by bicycle. Whether this simply a matter of poor signage or whether it is a fundamental misalignment of access routes is less than clear.

We split for our lunches, some went to the Timber House and were served with very nicely filled rolls and delicious cups of tea for what I thought was quite a reasonable price. The subject of the lunchtime conversation: ‘The National Health Service and just how lucky we are to have it.’ By coincidence I found this article in the news today.

At 1430 hrs we regrouped at the View Tube ready for the return trip. Amazingly the weather was still holding up, it was very cloudy and there was moisture on the air (there had been all day) but it remained dry. We immediately realised however that we had benefited from a tailwind for most of the journey so far but were now turning into a stiff southerly, the ride home was to be much harder work. Back along the Greenway to West Ham we contemplated for a while trying what appeared to be a viable alternative quiet route to the Canning Town gyratory but in the end decided that with so many riders this was an exploration best left for another day.

As we reached the cable car the clouds were darkening. The oyster readers and card readers were all out of commission so we all had to queue for tickets and in some ways this very minor delay was the undoing of our airborne crossing. Some of the party made it through the barrier whilst some of us were held back. After a lengthy wait, the last two riders were eventually allowed through to the boarding point and here found most of the team still queueing to board. Just four had already departed for the southern shore. We waited patiently as carload after carload of passengers from the south disembarked and the cars then continued empty past us and back over the river. It was clear there was a problem but no information was forthcoming for nigh on 20 minutes when finally the tannoy gabbled into life with some overly excited, foreign accented announcer declaring something. The only word I could make out properly was ‘suspended’ from which we gathered the service was being closed.

Ground staff explained that due to increasingly high winds and generally deteriorating weather conditions a decision had been taken to close the service with no indication of when it might reopen. Resigned to a Greenwich Foot Tunnel crossing we made our way downstairs and dutifully queued for our refunds. As we stood waiting it began to rain heavily and there were a couple of squalls which I am sure would have been pretty terrifying if experienced high above the Thames in the cable car.

We had lost about three quarters of hour and perhaps more with this delay and riders who had evening engagements were now concerned about timings.

Eventually we made it through to Greenwich and met up with two of our four missing riders. The other two had nipped off to the local bike shop to get a slow puncture fixed. But we soon tracked them down. And so commenced a rather tardy final leg into a strong headwind back to Bromley South without any further mishap or other incident. Riders passing close to their homes peeled away at various convenient places and so it was a much depleted team that finally reached Bromley and called goodbyes before heading home for a well-deserved shower and their dinners.

A final note about the riders today who all rode superbly well. A particular mention to Tracey who helped me with navigation, you have no idea how this relieves the pressure from a ride leader, to Bob G who was the Lantern Rouge as far as Greenwich and then to Gary who took over to bring us back along the Waterlink Way and finally to all riders who were good humoured and great company. I look forward to another ride with you all soon. 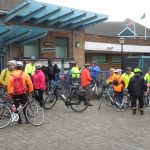 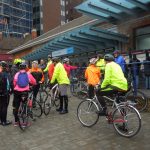 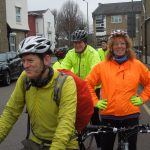 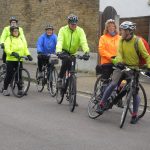 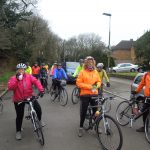 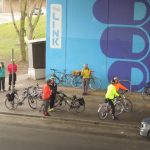 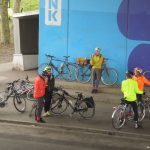 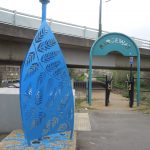 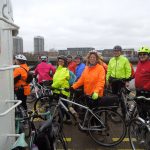 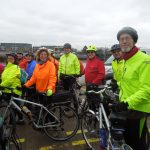 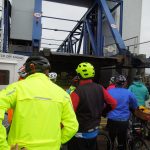 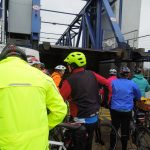 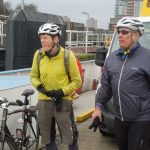 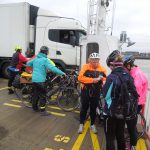 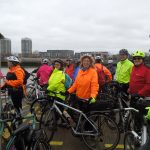 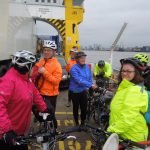 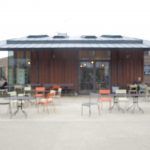 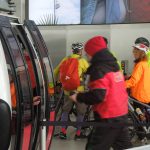 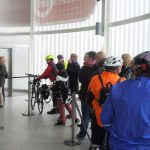 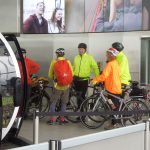 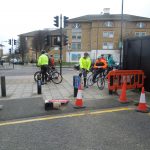 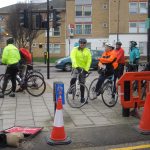 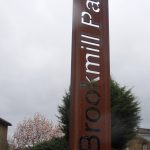