Quietway 1 to St. Katherine’s Dock and back

We made our way to Norman Park on this slightly chilly morning for the start of our ride, bearing in mind the promise of a fairly warm day, none of us were particularly overdressed.   10 had registered for this ride and then Linda turned up so 11 of us in all, 6 ladies and 5 men.

We set off at a steady pace towards Bromley and then John and Tracey led us through some quiet roads to Langley Park, towards Cator  Park now to pick up the Waterlink Way.   A quick stop at Sainsburys for a loo break where we watched a flock of starlings who had settled on the handles of several supermarket trolleys, maybe recently arrived from Scandinavia to winter here.  They did look a little lost.

Then back onto the Waterlink Way where we met a man with two Harris Hawks.  We stopped to talk to him for about 15  minutes, fascinating some of the things he told us.

Enough of the birds, time to head for Deptford to pick up Quietway 1.  I have never ridden along this before, absolutely fantastic, what a difference it has made, a pleasure to ride along.  Then we picked up Super Highway 6 and on we went over Blackfriars Bridge, before making our way along the canals and inland waterways to Canary Wharf.  We passed the canal path which would take you right the way to Hemel Hempstead without ever going onto a road but decided to save that one for another day.

Once at Canary Wharf we settled down for a  light lunch and coffee, the sun was shining, it was perfect.

After lunch Eve suggested as we were so close we should have a look at the location of the Museum of Docklands which was nearby, so we cycled to have a look at that for a future ride.  We even saw the floating church and a good assortment of restaurants, so watch the website for that one.

Linda had left us by now as she had to rush back for a party of some sort, so now 10 we made our way to Excel to pick up the cable car back across to Greenwich.  Once in Greenwich Richard was there to meet us so we were back up to 11.  It was here we decided to pick up the Thames Path straight away which would take us home.   Some way along this we found it was boarded up (something to do with the new flats being built) so we had to turn back and follow a diversion to pick it up later.  Eve had a puncture at this point so we were further delayed.

Soon heading back to the Cutty Sark now and the start of the Waterlink Way.  An uneventful journey home, some leaving us to head back to Beckenham, the rest of us heading off through Beckenham Place Park.

A super day probably Norman Park to Norman Park, just over 40 miles.  Well done to all of our riders and a big thank you to John and Tracey for leading and for all their hard work planning this ride as well. 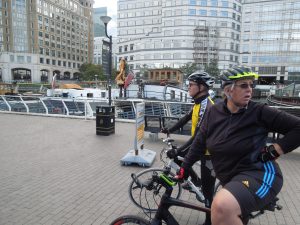 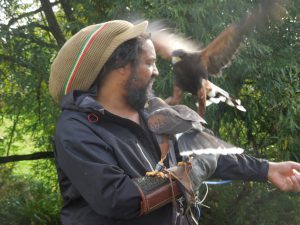 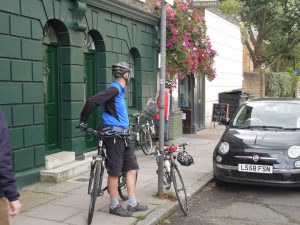 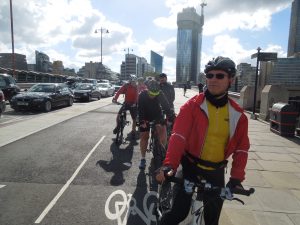 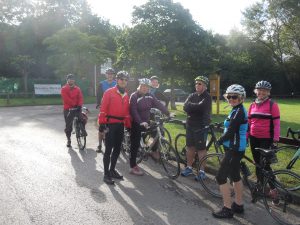 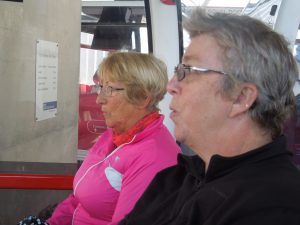 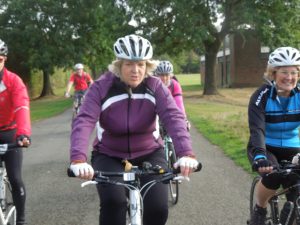 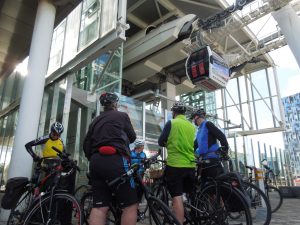