Two magnificent rides this week-end. The first led by Spencer on Saturday was by invitation only to our recently graduated adult cycling course members to provide them the opportunity to hone their newly acquired skills. 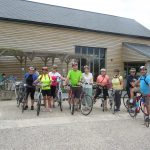 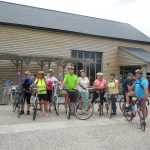 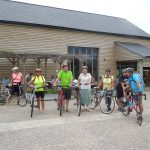 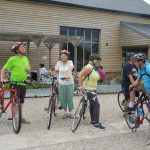 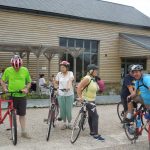 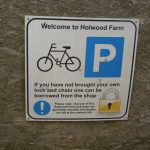 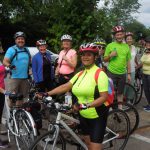 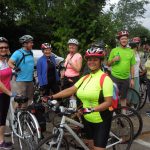 We met at mid-day at the Old Village Café amongst the hub-bub of the Bigfoot riders returning from the downs looking ever ready to cycle another 50 miles if anyone were to call them to do so.

We were a total of ten and cycled along the quiet ways through Farnborough Park, Tugmutton Common, Farnborough Village and High Elms to Downe. So plenty of uphill and some of it quite steep too.

On the return route we stopped off at Holwood Farm for a tea and other refreshments. Spencer then led us UP Fox Hill. Before the long downhill ride back into Hayes Village.

A fabulous 10 mile ride with some great cycling from our team. We took the opportunity to introduce them to the idea that they are now in training for the Bigfoot to Brighton Ride next May. They all seemed quite excited with the idea, and well up for the challenge.

The second ride on Sunday was a rather languid 40 miler along the Wandle Trail, the Thames Path, Quietway 1 and the Waterlink Way. Another invitation only ride although Brian from Lewisham Cyclists using his initiative found us and joined the ride for a while. Just the 6 of us on this ride led by Tracey, who took us on a brilliant quiet route from West Wickham to Croydon. I’m sure I shall never find it again without help. 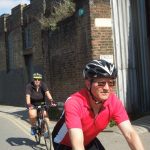 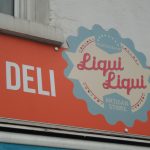 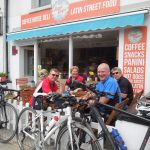 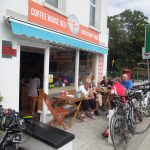 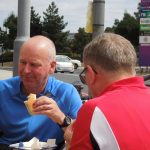 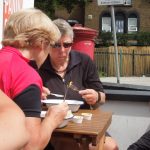 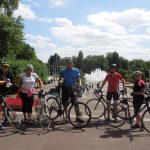 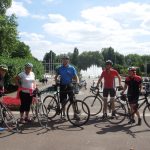 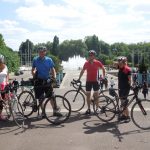 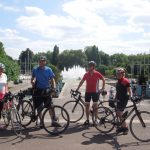 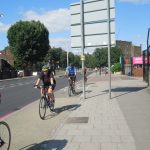 Following the Wandle River, Abbey Mills was supposed to be the first tea stop but this was rather disappointing. It seems that the complex has been taken over by posher eateries not supplying the more basic sustenance we generally refuel on. We decided to give it a miss in favour of nearby Sainsbury’s but as we were pondering where to lock our bikes we spotted a little Venezuelan Café across the road which we decided upon.

What a great choice. Some of us tried their traditional corn ‘cachapas’, (sort of pancakes made from cornflour and filled with cheese and other goodies) they were absolutely delicious. We sat outside chewing over some of the regular cycling gripes. Linda regaled us with tales of her adventure with Bob G to France on the Saturday.

After lunch the sun came out making the ride even more enjoyable. Following the Thames we stopped for an ice-cream in Battersea Park. After this we walked through the crowds by the millennium wheel and then cycled home on Quiteway 1 and the Waterlink Way.

What a fabulous weekend of cycling.

We love the Summer