Only three people at Bromley South tonight, one was Sue a newcomer to our Wednesday Wanders.   Was it the torrential rain at 7pm that had kept everyone at home, where were they.   Then Eve’s phone rang, the Petts Wood and Orpington contingent who were waiting in Petts Wood had decided to cut the ride short due to the weather and make their way straight to the Imperial Arms at Chislehurst.

So the three of us, ably led by ‘Sticky’ Bunn headed off on the shortest route possible to join them.   Eight of us arrived at the pub together and settled ourselves down in a corner, the men were happy as their favourite Doombar was on the menu.

A pleasant time was spent before heading off in the Petts Wood direction at the end of the evening – or was it.  We said goodbye to a couple and five of us found ourselves heading along the dark path at the back of Eve’s house for cheese and biscuits. A pleasant few hours followed and it was 2pm before everybody finally left, which was just too late for some people. 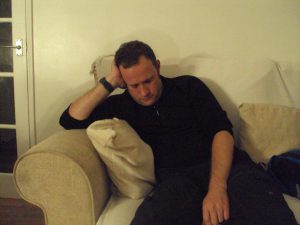 Too late for some people