What is a LIP 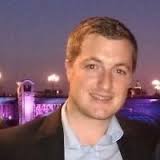 At our recent annual meeting we received an excellent talk from transport expert Steve Heeley, who used to be the borough’s chief transport planner before he moved to Transport for London. Steve gave an enthralling presentation about Local Implementation Plan (LIP)  preparation.

The Local Implementation Plan (LIP) is a local and borough wide programme of measures and schemes to improve the provision of transport to everyone who lives and works in the borough. It is required to show how the borough will implement the Mayor’s Transport Strategy.

In the Mayor’s Transport Strategy (MTS) the transport vision for London is set out and details how it will be delivered  for many years to come.

There are some more.

The Local Implementation Plan (LIP) is a statutory document, required by the Greater London Authority Act 1999, which sets out how boroughs intend to implement the Mayor’s Transport Strategy.

Responsibility for the LIP in the Borough of Bromley falls to the environment portfolio holder Councillor Colin Smith.

The current LIP was approved on behalf of the Mayor of London in January 2012. You can view it here.

As we are about to elect a new Mayor Steve explained how all the mayoral candidates will be developing their transport strategies in anticipation of having to formulate a Mayor’s Transport Strategy.